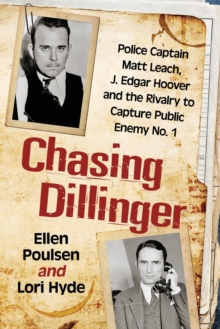 Indiana Captain Matt Leach was at the helm of the violent years between 1933 and 1935 that came to be known in the Midwest as the era of the Public Enemy. Matt Leach elevated outlaw John Dillinger to unprecedented celebrity with press coverage aimed at smoking out the fugitive. In return, Dillinger vowed to kill him-a threat which never came to fruition. Leach's use of publicity backfired, making him a pariah among his fellow policemen, many of whom voiced suspicion of his tell-all approach to crime fighting. Leach rose to captain of the 1933 Indiana State Police from humble origins as the son of immigrant parents. By 1937, the FBI ordered him fired for challenging their authority. After returning to private life and later enlisting in World War II, Leach planned a book to challenge the FBI's version of the Dillinger's final months. His tragic death in a car accident-prophetically occurring right after a meeting with publishers over his planned book about the outlaw-consigned him to his rightful place in the morbid, 1930s war on crime. 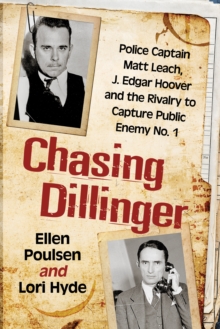