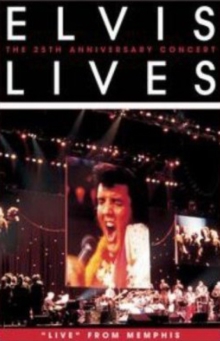 Concert to commemorate the 25th anniversary of The King's death, performed live at the Pyramid Coliseum in Memphis.

The original touring band was there, featuring Joe Guercia and others of the original TCB band.

The original backing singers were there; The Sweet Inspirations, The Jordanaires, The Stamps.

The original stage manager was even there - the only thing missing was The King himself.

Undaunted, however, the show was a sell-out success nonetheless.