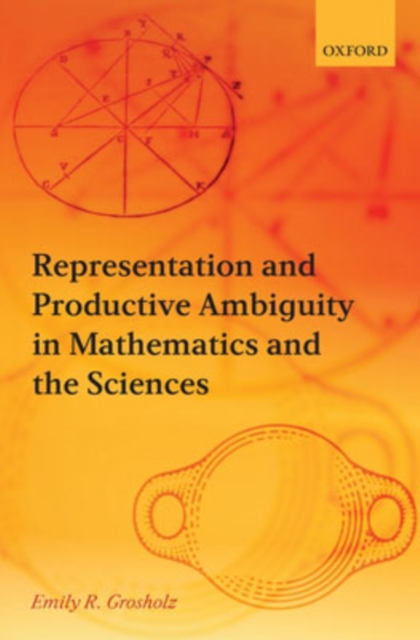 Representation and Productive Ambiguity in Mathematics and the Sciences Hardback

Emily Grosholz offers an original investigation of demonstration in mathematics and science, examining how it works and why it is persuasive.

Focusing on geometrical demonstration, she shows the roles that representation and ambiguity play in mathematical discovery.

She presents a wide range of case studies in mechanics, topology, algebra, logic, and chemistry, from ancient Greece to the present day, but focusing particularly on the seventeenth and twentiethcenturies.

She argues that reductive methods are effective not because they diminish but because they multiply and juxtapose modes of representation.

Such problem-solving is, she argues, best understood in terms of Leibnizian 'analysis' - the search for conditions of intelligibility.

Discovery andjustification are then two aspects of one rational way of proceeding, which produces the mathematician's formal experience.

Grosholz defends the importance of iconic, as well as symbolic and indexical, signs in mathematical representation, and argues that pragmatic, as well as syntactic and semantic, considerations are indispensable for mathematical reasoning. By taking a close look at the way results are presented on the page in mathematical (and biological, chemical, and mechanical) texts, she shows that when two or more traditions combine in the service of problem solving, notations and diagrams are subltyaltered, multiplied, and juxtaposed, and surrounded by prose in natural language which explains the novel combination.

Viewed this way, the texts yield striking examples of language and notation that are irreducibly ambiguous and productive because they are ambiguous.

Grosholtz's arguments, which invokeDescartes, Locke, Hume, and Kant, will be of considerable interest to philosophers and historians of mathematics and science, and also have far-reaching consequences for epistemology and philosophy of language.