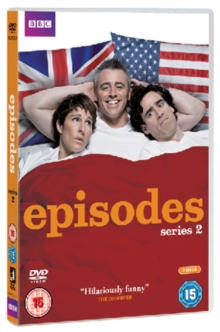 All nine episodes from the second series of the BBC comedy starring Matt LeBlanc, Stephen Mangan and Tamsin Greig.

Sean and Beverly Lincoln (Mangan and Greig) are co-writers of American sitcom 'Pucks!' with the lead role played by Matt LeBlanc (as himself).

In this series, Sean and Beverly have now separated and while they continue to work together the future of their show looks uncertain after it receives negative reviews and low ratings.