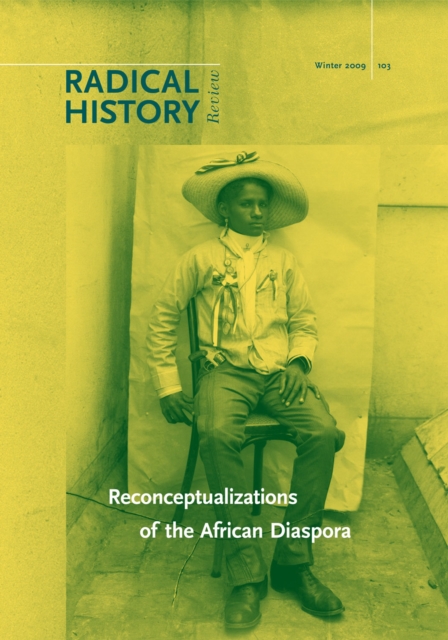 This special issue of Radical History Review aims to revitalize African diaspora studies by shifting current emphases within the field.

The contributors rethink current understandings of African and diaspora as a dispersal of Africans from the African continent via the Atlantic slave trade and offer reconceptualizations of dominant paradigms, such as home, origins, migrations, politics, blackness, African, Africa, African-descended, and Americanness.

The collection addresses transnational discourses of race, gender, and sexuality in African diaspora politics, African diaspora experiences on the African continent, the politics of African-descended peoples in Europe, and creative uses of the discourses of memory and diaspora to support political organizing and local struggles.

Essays on Venezuelans, Bolivians, and Mexicans address the status of race in the study of African-descended populations and cultures in Latin America.