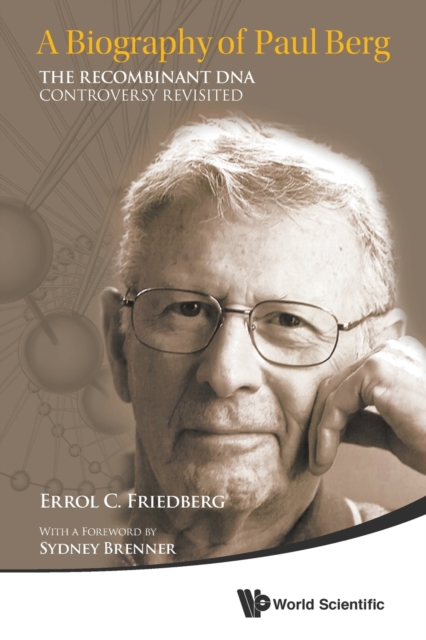 With a Foreword by Sydney Brenner (Nobel laureate in Physiology or Medicine, 2002)This biography details the life of Paul Berg (Emeritus Professor at Stanford University), tracing Berg's life from birth, in 1926, to the present, with special emphasis on his enormous scientific contributions, including being the first to develop technology that led to gene cloning science.

In 1980, Berg received a Nobel Prize in chemistry for this work.In addition to his contributions in the research laboratory, Berg orchestrated and oversaw a historic meeting at Asilomar, California that centered on a threatening controversy surrounding the perception by some of the harmful potential of recombinant DNA technology.

Notably, it represented a paramount example of scientific foresight and due diligence by the scientific community, rather than by regulatory entities in the United States and many other countries.

The ultimate acceptance of gene/DNA cloning led to a new era of modern biology that thrives to the present.This book is aimed primarily at scientists and those in training.

The book strives to simply provide information for the general reader, but is not specifically tailored for a general reading audience.While many books cover the recombinant DNA controversy, none have satisfactorily addressed this historic period and are often contradictory about the many who's, where's, and why's involved.

Additionally, the great majority of these were written by non-scientists.

This biography of Paul Berg provides access to numerous archived letters and documents at Stanford University not previously addressed, and to the chronology of events as recalled and documented by him, as well as other key personalities, many of whom were interviewed.