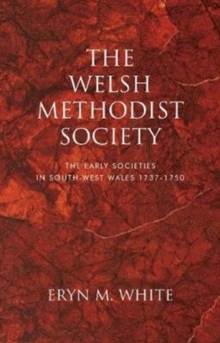 The evangelical or Methodist revival had a major impact on Welsh religion, society and culture, leading to the unprecedented growth of Nonconformity by the nineteenth century, which established a very clear difference between Wales and England in religious terms.

Since the Welsh Calvinistic Methodist movement did not split from the Church to form a separate denomination until 1811, it existed in its early years solely as a collection of local society meetings.

By focusing on the early societies in south-west Wales, this study examines the grass roots of the eighteenth-century Methodist movement, identifying the features that led to its subsequent remarkable success.

At the heart of the book lie the experiences of the men and women who were members of the societies, along with their social and economic background and the factors that attracted them to the Methodist cause.