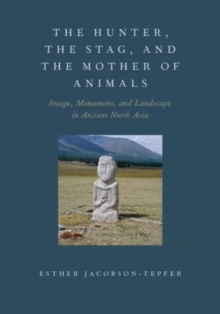 The Hunter, the Stag, and the Mother of Animals : Image, Monument, and Landscape in Ancient North Asia Hardback

The Hunter, the Stag, and the Mother of Animals offers an in-depth exploration of the changing traditions of belief in pre-Bronze and Bronze Age North Asia.

Esther Jacobson-Tepfer centers her argument on a female deity and her evolution up until the early Iron Age, across a 2,000 year period.

Through the art historical and archaeological evidence of the symbolic systems left behind, she traces the progression of the deity from an originating animal motherthrough her incarnation as the mother of animals, her late embodiment as the guardian of the road to the land of the dead, the transformation of her essential liminality into the structures of predation and, in the form of a predated stag, her subsequent destruction.

In detailed commentaries on rock artstructures and monuments, Jacobson-Tepfer reconstructs and explores how the deity's power was embedded in the Janus-faced concept of life/death: how, in all her forms, the deity occupied the threshold between the worlds of humans and ancestors, humans and animals.

More broadly, this study details how her fate was directly related to the sociological evolution at the onset of the Iron age: the transition of the cultures in South Siberia and Mongolia from hunting-based settlement tohorse-dependent semi-nomadism, and with that the rise of a heroic narrative tradition.

Jacobson-Tepfer has had unparalleled access to regional data still unavailable in the West, and the collection of this data in English as well as her extensive collection of color photographs and drawings will fill a gapinghole in the literature and prove invaluable to both archaeologists and art historians.The Hunter, the Stag, and the Mother of Animals will surely become a standard reference for both disciplines as well as a guide to those interested in rock art and beliefs systems more generally.