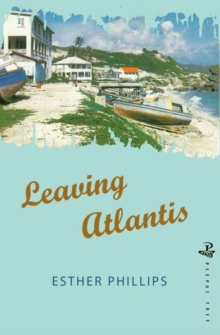 Leaving Atlantis is a suite of poems that explores the unstable territory between public and private.

They are addressed to the great Barbadian novelist and thinker, George Lamming, the silent but speaking partner in a relationship of love that comes between two writers when "your flag is flying at half-mast".

The suite works at multiple levels, as a record of the negotiation of feelings, permissions, exclusions and treaties between two persons who have to confront the reality of long lives that have accumulated "memories I cannot share", and not least that the poet is a woman of deep religious faith, and the man a lifelong Marxist and non-believer.

What the poems also deal with in a moving but resolutely unsentimental way is the fact that the age of one of the partners makes the temporal finiteness of the relationship a matter of acute awareness.

What is the poet to think when she sees the man throwing out and putting his papers in order? "Clearing out?"The poems also meditate on the ironies of a relationship with a man who has both been public property as a writer and a leader of the struggle for Caribbean sovereignty, but also an intensely private person, habituated to a life of movement and temporariness.

Quite literally, Leaving Atlantis references the moment when the writer is forced to leave, with a rude absence of notice, the hotel at Bathsheba on the Atlantic coast of Barbados, his refuge for many years.

Is the relationship and provision of a home a "Coming Home", the arrival at a place of rest after the turbulence of a life of struggle, or does it threaten a loss of autonomy after a life of privacy and independence?

What of sovereignty now when "I am your dotage, your vulnerable/ season"?

More than a portrait, fascinating and intimate as it is, of a public man; more than an exploration of the writing of the man for clues about what he might be thinking (and an acceptance of the ultimate mystery and unknowability of the intimate other), this is a suite of poems about the miracle of love, and how it may come at any time.