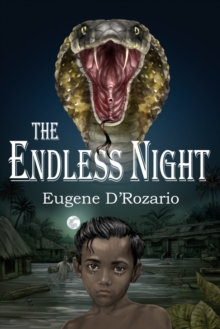 An incident packed autobiography of growing up in Bangladesh and India.

A childhood of trial and suffering but also a story of hope and faith as the author triumphed through adversity.

A colourful story populated with memorable characters and events.

An uplifting memoir to inspire and charm other young generations. As a child, Eugene happily grew up in a large middle-class family with his mother in a rural village while his father worked away in Darjeeling, India. On September 5, 1962, a tragedy struck his family shattering their dreams, their happiness and their life.

Eugene was only ten. Consequently it left him in a heartbreaking situation, an unknown world completely lost, without hope, love, and security.

There followed a period of volatile vulnerability living in a boarding house; of suffering in the aftermath of the famine and the flood; as well as the atrocity of war and then having to cross to India on foot which nearly cost him his life. Eugene pledged himself that nothing was going to deter him from achieving success.

With initiative and perseverance, he risked his life and plunged into the unknown. In the process he went through fire and water, yet he believed in his instinct and followed his heart.

In the end Eugene achieved something extraordinary. The Endless Night is not only a true story about his childhood and young adulthood, it is also about how to connect with the young generation, not just teaching them to value life but also helping them to understand why they need to value others.

It is a captivating, amusing, adventurous, and inspiring book