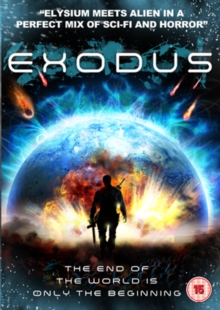 A ship under the command of Captain Carl Halsey (Tim Daley) and a crew including Leonard Parks (Jason Hall) and Dena Warren (Shae Wilson) sets out to begin a colony on a distant planet.

However, something goes wrong along the way and Halsey, Parks, Warren and co awake to find themselves trapped in their cryo-sleep tubes and hunted by a bloodthirsty alien.

Will any of them survive?