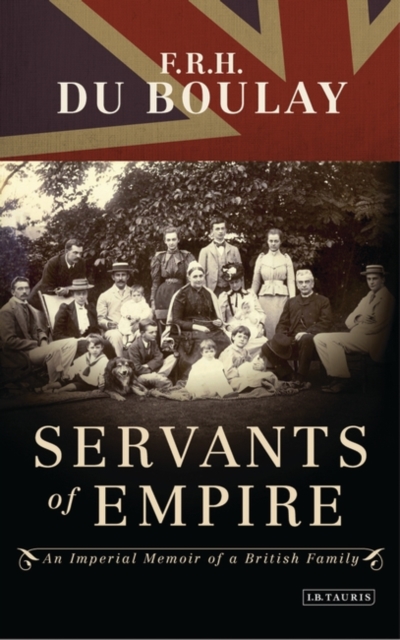 Servants of Empire : An Imperial Memoir of a British Family Hardback

Spanning three continents, several generations and conflicts waged in every corner of the globe, this unusual memoir offers a memorable glimpse of late Imperial life.

From General Gordon's Siege of Khartoum to the Boxer Uprising, the Boer War and World War One, this book is a fascinating record of the intersection of the lives of a single British family with the drama of world affairs.

Drawing on an outstanding collection of original letters exchanged between six siblings and their parents, the eminent historian F.R.H.

Du Boulay has brilliantly reconstructed the lost world of his father's generation.

With this book he offers a compelling portrait of a Victorian family and casts fresh light on the daily lives of the British who chose to make their lives abroad as part of the fabric of the Empire. "Servants of Empire" brilliantly sets domestic concerns alongside life-changing world events to produce an appealing blend of the homely and the exotic.

It will be an invaluable source for the specialist historian of Empire as well as a fascinating portrait of British social history for the general reader.