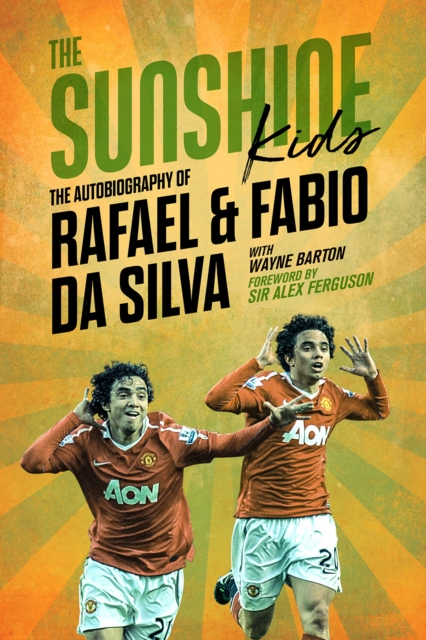 The Sunshine Kids is no ordinary autobiography. Twins Fabio and Rafael Da Silva have seen it all in football - from the favelas of Brazil to the height of the European game with Manchester United.

Their performances and contribution to one of the most glittering periods in the club's history cemented their place in the heart of every United fan.

Theirs is an incredible journey and story - and, with Wayne Barton ('The pre-eminent writer on Manchester United' - Martin Edwards) the pair tell all.

The sheer personality pours from the pages as Rafael's energy shines through in tales of fierce rivalries with Liverpool and Manchester City, and Fabio reveals his battle with anxiety as he sought to establish himself at Old Trafford.

From the experience of joining the best team in Europe, to the human aspect and difficulty that comes with it, their familial relationship with Sir Alex Ferguson and their careers since leaving United - you'll discover just why the twins have been adored wherever their football careers have taken them.