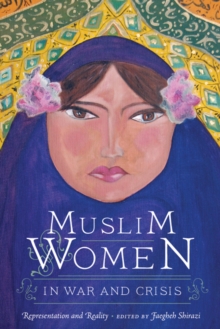 Muslim Women in War and Crisis : Representation and Reality Hardback

Representing diverse cultural viewpoints, Muslim Women in War and Crisis collects an array of original essays that highlight the experiences and perspectives of Muslim women-their dreams and nightmares and their daily struggles-in times of tremendous social upheaval.

Analyzing both how Muslim women have been represented and how they represent themselves, the authors draw on primary sources ranging from poetry and diaries to news reports and visual media.

Topics include:Peacebrokers in IndonesiaExploitation in the Islamic Republic of IranChechen women rebelsFundamentalism in Afghanistan, from refugee camps to KabulMemoirs of Bengali Muslim womenThe 7/7 London bombings, British Muslim women, and the mediaAlso exploring such images in the United States, Spain, the former Yugoslavia, Tunisia, Algeria, Lebanon, and Iraq, this collection offers a chorus of multidimensional voices that counter Islamophobia and destructive cliches.

Encompassing the symbolic national and religious identities of Muslim women, this study goes beyond those facets to examine the realities of day-to-day existence in societies that seek scapegoats and do little to defend the victims of hate crimes.

Enhancing their scholarly perspectives, many of the contributors (including the editor) have lived through the strife they analyze.

This project taps into their firsthand experiences of war and deadly political oppression.