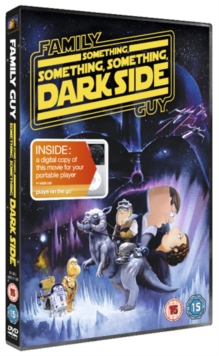 This special hour-long episode of the animated comedy series is a sequel to the previous Star Wars parody episode 'Blue Harvest'.

The episode retells the story of Star Wars Episode V: The Empire Strikes Back, with characters from the series taking on the roles of Darth Vader, Luke Skywalker, Princess Leia et al.