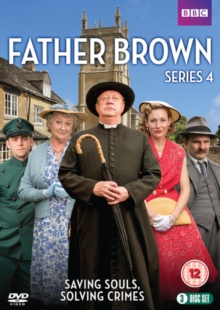 All ten episodes from the fourth series of the TV drama starring Mark Williams as the eponymous character created by English writer G.K.

The episodes are: 'The Mask of the Demon', 'The Brewer's Daughter', 'The Hangman's Demise', 'The Crackpot of the Empire', 'The Daughter of Autolycus', 'The Rod of Asclepius', 'The Missing Man', 'The Resurrectionists', 'The Sins of the Father' and 'The Wrath of Baron Samdi'.