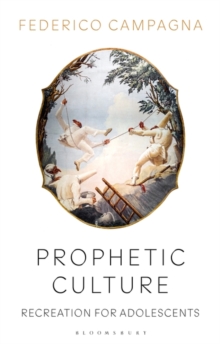 'Time' and 'world' are such familiar concepts that we rarely take their fragility into account.

The rhythm of time and the feeling of the presence of a world provide us with a metaphysical landscape where we might be able to live - a place where reality makes enough sense to be existentially navigable.

Several different worlds have emerged throughout history, each with its own range of what seemed possible and reasonable to do, to think and to imagine.

Each of them has survived only as long as there have been voices singing out their metaphysical rhythm, and it has vanished together with the silencing of their world-song, leaving behind only ruins. At times, culture has to operate in a world that is about to exhaust its historical arc, speeding towards a horizon turned into a wall.

What can a world say, when its only audience belongs to a time that will come after the end of the future?

How can a world think about the cultural heritage of its own ruins?Throughout history, a tradition has been able to speak across time-segments.

Its grotesque style of culture has carried forward a multi-dimensional cosmology, nestled within every speck of reality.

A constant insurrection against the rule of mortality, which severs the solidarity between worlds, prophetic culture is a vessel sailing eternally over the boundaries between worlds.

Perhaps, it might be possible also for us, today, to speak through its voice to those 'adolescents' who will inhabit a new world and a new time, somewhere beyond the approaching wall of the future.