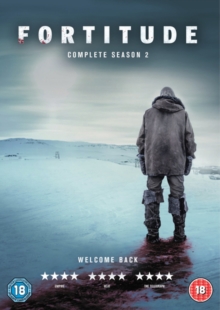 All 10 episodes from the second season of the British crime thriller starring Sofie Gråbøl and Richard Dormer.

The series is set in a fictional community in Arctic Norway named Fortitude, previously known as one of the safest places on the planet.

After being rocked by murder, the community is again confronted by another violent crime after a road accident leads to the discovery of a headless body.

Governor Hildur Odegard (Gråbøl) begins leading the investigation, and the search for a missing head, in the absence of Sheriff Dan Anderssen (Dormer) and Sergeant Eric Odegard (Björn Hlynur Haraldsson) but soon finds her own position under threat as more murdered victims start to appear...