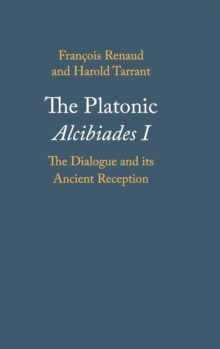 The Platonic Alcibiades I : The Dialogue and its Ancient Reception Hardback

Although it was influential for several hundred years after it first appeared, doubts about the authenticity of the Platonic Alcibiades I have unnecessarily impeded its interpretation ever since.

It positions itself firmly within the Platonic and Socratic traditions, and should therefore be approached in the same way as most other Platonic dialogues.

It paints a vivid portrait of a Socrates in his late thirties tackling the unrealistic ambitions of the youthful Alcibiades, urging him to come to know himself and to care for himself.

Francois Renaud and Harold Tarrant re-examine the drama and philosophy of Alcibiades I with an eye on those interpreters who cherished it most.

This rich study will interest a wide range of readers in ancient philosophy.