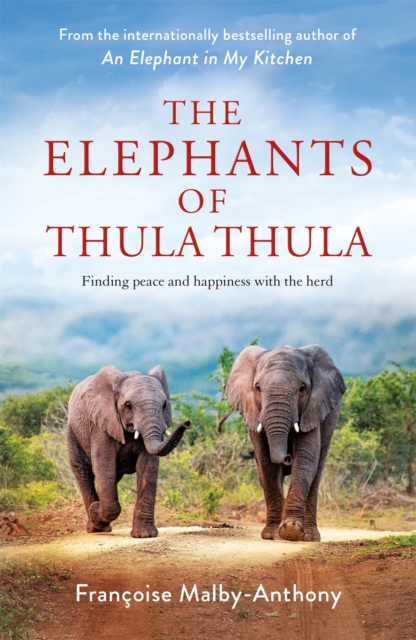 The Elephants of Thula Thula Hardback

'Somehow, the elephants got into my soul, and it became my life's work to see them safe and happy.

There was no giving up on that vision, no matter how hard the road was at times.'Francoise Malby-Anthony is the owner of a game reserve in South Africa with a remarkable family of elephants whose adventures have touched hearts around the world.

The herd's feisty matriarch Frankie knows who's in charge at Thula Thula, and it's not Francoise.

But when Frankie becomes ill, and the authorities threaten to remove or cull some of the herd if the reserve doesn't expand, Francoise is in a race against time to save her beloved elephants . . . The joys and challenges of a life dedicated to conservation are vividly described in The Elephants of Thula Thula.

The search is on to get a girlfriend for orphaned rhino Thabo - and then, as his behaviour becomes increasingly boisterous, a big brother to teach him manners.

Francoise realizes a dream with the arrival of Savannah the cheetah - an endangered species not seen in the area since the 1940s - and finds herself rescuing meerkats kept as pets.

But will Thula Thula survive the pandemic, an invasion from poachers and the threat from a mining company wanting access to its land?As Francoise faces her toughest years yet, she realizes once again that with their wisdom, resilience and communal bonds, the elephants have much to teach us. 'Enthralling' - Daily Mail