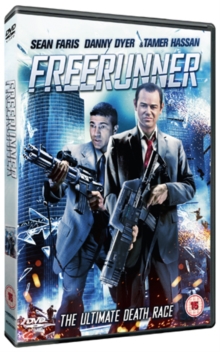 Action feature starring Sean Faris and Danny Dyer in which a group of freerunners are rigged with bombs and forced to compete for their lives.

Ryan (Faris) works as a janitor during the day and takes part in freerunning contests with his friends at night.

Freerunning, an urban offshoot of the sport, parkour, is all about being the fastest to navigate city streets.

The friends set up electronic checkpoints and cameras throughout the city to check that the races are fair and to allow people to watch online and place bets on the winners.

However, rich businessman Mr Frank (Dyer) clearly isn't satisfied with the level of entertainment this offers.

He kidnaps several of the top freerunners, including Ryan, fits them with bombs and selects a course with three checkpoints.

With the bomb of the last person through each checkpoint set to explode, the competitors will literally be forced to run for their lives.

Who will make it through?