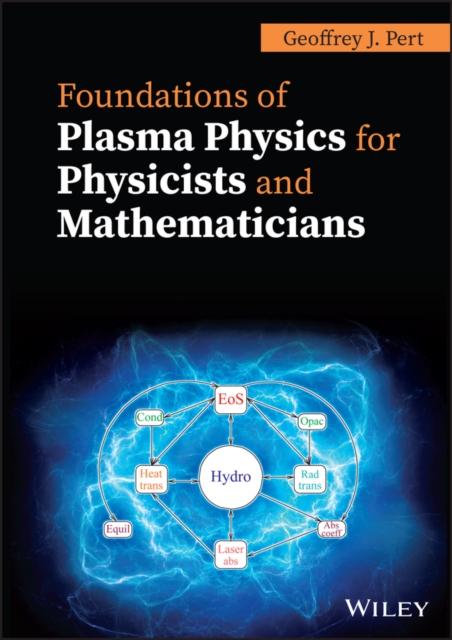 Foundations of Plasma Physics for Physicists and Mathematicians Hardback

A comprehensive textbook on the foundational principles of plasmas, including material on advanced topics and related disciplines such as optics, fluid dynamics, and astrophysics Foundations of Plasma Physics for Physicists and Mathematicians covers the basic physics underlying plasmas and describes the methodology and techniques used in both plasma research and other disciplines such as optics and fluid mechanics.

Designed to help readers develop physical understanding and mathematical competence in the subject, this rigorous textbook discusses the underlying theoretical foundations of plasma physics as well as a range of specific problems, focused on those principally associated with fusion. Reflective of the development of plasma physics, the text first introduces readers to the collective and collisional behaviors of plasma, the single particle model, wave propagation, the kinetic effects of gases and plasma, and other foundational concepts and principles.

Written by an acknowledged expert with more than five decades' active research experience in the field, this authoritative text: Identifies and emphasizes the similarities and differences between plasmas and fluidsDescribes the different types of interparticle forces that influence the collective behavior of plasmaDemonstrates and stresses the importance of coherent and collective effects in plasmaContains an introduction to interactions between laser beams and plasmaIncludes supplementary sections on the basic models of low temperature plasma and the theory of complex variables and Laplace transforms Foundations of Plasma Physics for Physicists and Mathematicians is the ideal textbook for advanced undergraduate and graduate students in plasma physics, and a valuable compendium for physicists working in plasma physics and fluid mechanics.