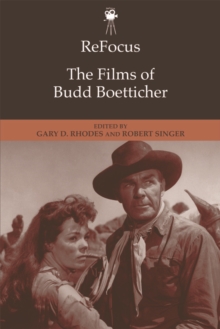 One of the most important yet overlooked of Hollywood auteurs, Budd Gary D.

Rhodes currently serves as Boetticher was responsible for a number of classic films, including his famous Postgraduate Director for Film Studies Ranown series of westerns starring Randolph Scott.

With influential figures at the Queen's University in Belfast, like Martin Scorsese and Clint Eastwood acknowledging Boetticher's influence, Northern Ireland, and with growing academic interest in his work, Gary D.

Rhodes and Robert Singer present a vital collection of essays on the director's long career, from Robert Singer is Professor of Liberal a range of international scholars.

Case studies include celebrated films like Studies at the CUNY Graduate Center.