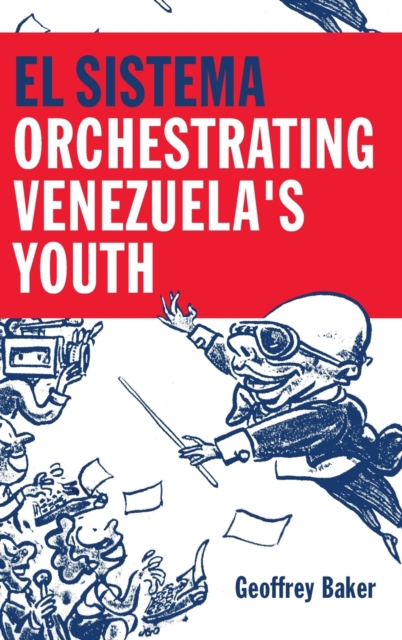 The Venezuelan youth orchestra program known as "El Sistema" has attracted much attention internationally, partly via its flagship orchestra, The Simonn Bolivar Youth Orchestra, headed by Gustavo Dudamel, and partly through its claims to use classical music education to rescue vulnerable children.

Having been met overwhelmingly with praise, The System has become an inspiration for music educators around the globe.

Yet, despite its fame, influence, and size - itis projected to number a million students in Venezuela and has spread to dozens of countries - it has been the subject of surprisingly little scrutiny and genuine debate.

In this first full-length critical study of the program, Geoffrey Baker explores the career of its founder, Jose Antonio Abreu, and the ideology and organizational dynamics of his institution.

Drawing on a year of fieldwork in Venezuela and interviews with Venezuelan musicians and cultural figures, Baker examines El Sistema's program of "social action through music," reassessing widespread beliefs about the system as a force for positive social change.

Abreu, a Nobel Peace Prize nominee,emerges as a complex and controversial figure, whose project is shaped by his religious education, economics training, and political apprenticeship.

Claims for the symphony orchestra as a progressive pedagogical tool and motor of social justice are questioned, and assertions that the program prioritizessocial over musical goals and promotes civic values such as democracy, meritocracy, and teamwork are also challenged.

Placing El Sistema in historical and comparative perspective, Baker reveals that it is far from the revolutionary social program of contemporary imagination, representing less the future of classical music than a step backwards into its past.

A controversial and eye-opening account sure to stir debate, El Sistema is an essential read for anyone curious about this phenomenon in the worlds of classical music, education, and social development.