Part of the Routledge International Studies in Business History series

Capitalism is historically pervasive. Despite attempts through the centuries to suppress or control the private ownership of commercial assets, production and trade for profit has survived and, ultimately, flourished.

Against this backdrop, accounting provides a fundamental insight: the 'value' of physical and intangible capital assets that are used in production is identically equal to the sum of the debt liabilities and equity capital that are used to finance those assets.

In modern times, this appears as the balance sheet relationship.

In determining the 'value' of items on the balance sheet, equity capital appears as a residual calculated as the difference between the 'value' of assets and liabilities.

Through the centuries, the organization of capitalist activities has changed considerably, dramatically impacting the methods used to value, trade and organize equity capital.

To reflect these changes, this book is divided into four parts that roughly correspond to major historical changes in equity capital organization. The first part of this book examines the rudimentary commercial ventures that characterized trading for profit from ancient times until the contributions of the medieval scholastics that affirmed the moral value of equity capital.

The second part deals with the evolution of equity capital organization used in seaborne trade of the medieval and Renaissance Italian city states and in the early colonization ventures of western European powers and ends with the emergence in the market for tradeable equity capital shares during the 17th century.

The third part begins with the 1719-1720 Mississippi scheme and South Sea bubbles in northern Europe and continues to cover the transition from joint stock companies to limited liability corporations with autonomous shares in England, America and France during the 19th century.

This part ends with a fundamental transition in the social conception of equity capital from a concern with equity capital organization to the problem of determining value.

The final part is concerned with the evolving valuation and management of equity capital from the 1920s to the present.

This period includes the improvement corporate accounting for publicly traded shares engendered by the Great Depression that has facilitated the use of 'value investing' techniques and the conflicting emergence of portfolio management methods of modern Finance. Equity Capital is aimed at providing material relevant for academic presentations of equity valuation history and methods, and is targeted at researchers, academics, students and professionals alike.

The Human Turn in Management Thought

Entrepreneurship in the Age of Empire 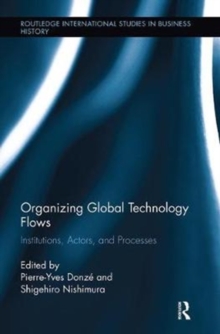 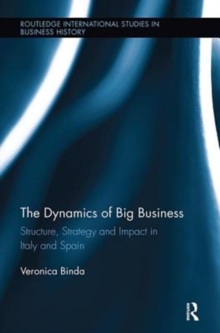 The Dynamics of Big Business