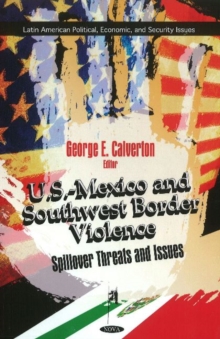 This violence has generated concern among U.S. policy makers that the violence in Mexico might spill over into the United States.

The most recent threat assessment indicates that the Mexican drug trafficking organisations pose the greatest drug trafficking threat to the United States, and this threat is driven partly by U.S. demand for drugs. This book is an overview of the potential spill-over violence and related issues between the U.S. and Mexico in the ongoing drug-trafficking operations on the Southwest borders.