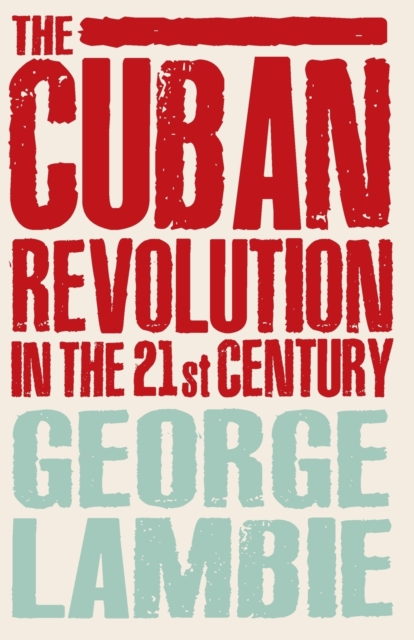 The Cuban Revolution in the 21st Century Paperback / softback

Politics in Cuba have long been analysed as a 'socialist experiment', from the perspective of internal dynamics or international relations, but what if the revolutionary process is part of a counter-current against neoliberal globalisation?

Rather than presenting Cuba as a socialist survivor, whose performance must be measured against the standards set by the 'international community', George Lambie judges Cuban socialism on the goals that the revolution sets for itself.

He shows that despite Cuba's isolation in the 'New World Order', and the enormous pressures it has faced to 'conform', its faith in an alternative socialist project has continued and grown.

After the 2008 financial crash, we have seen neoliberalism's fallibility first-hand, conversely Cuba's promotion of socialist values has a renewed relevance.

Lambie argues that Cuba is again becoming a symbol, and practical example, of socialism in action.