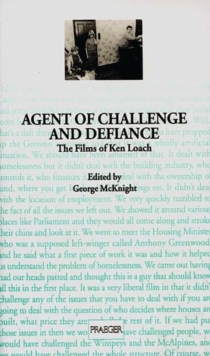 Agent of Challenge and Defiance : The Films of Ken Loach Paperback / softback

For more than 30 years, Ken Loach's films have examined the social, political, economic, and psychological costs of living in Great Britain.

In this first English-language book on Loach, McKnight brings together seven original critical essays on major aspects of Loach's work, an interview with the director, as well as comprehensive reference material.

The essays examine Loach's ongoing concerns with social and political issues in Britain, questions of censorship, the way in which he develops film narratives around public issues, and the format and stylistic questions raised by his particular approach to filmmaking.

An important collection for all students and researchers of contemporary film.