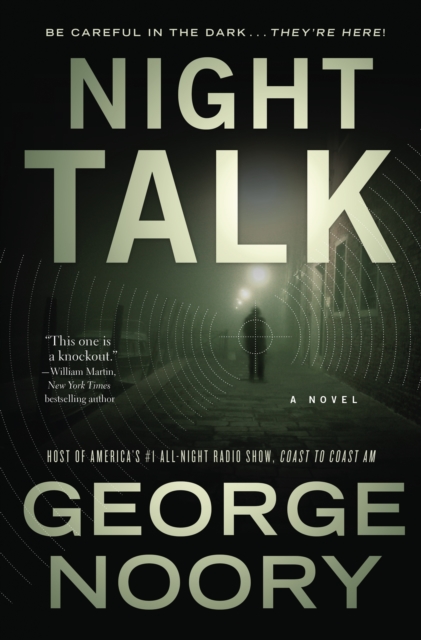 Greg Nowell is a voice in the darkness - a late-night talk-show host who tackles controversial subjects, from angels to aliens and government agencies so deep in shadow that the puppet strings they use to exercise control are invisible.

His radio show is a world of the paranormal and paranoia, where claims of alien abductions, Big Foot sightings, and a mysterious world government are the norm.

Greg's world explodes when government agents accuse him of having received ultra-secret files from Ethan Shaw, a hacker intent on exposing a secret cabal with tentacles throughout the government.

Greg knows nothing about the files. When Shaw is killed and the evidence points to Greg, the radio personality goes on the run, stalked by a demented assassin.

As he tries to unravel the deadly secrets the hacker uncovered, Greg is helped by Alyssa Neal, a mysterious woman who says Shaw also dragged her into the boiling cauldron of intrigue.

Greg realises his paranoia is really "heightened awareness" of strange machinations. He seeks help from callers to his show who don't trust the government, have gone "under the radar," or are angry and paranoid about the vast gathering of information and invasions of privacy by government agencies.