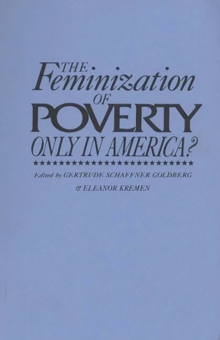 The Feminization of Poverty : Only in America? Paperback / softback

This comprehensive and carefully organized collection provides an overview of the relationship between gender and economic stratification in seven industrialized countries.

Everywhere, as a Polish commentator notes, `men have too much power, and women too much work.' Nevertheless, these studies reveal large differences in the circumstances of women in different countries and help to illuminate the several developments in the labor market, the family, and public policy which explain the extreme feminization of poverty in the United States. Frances Fox Piven, City University of New York Lucid, careful, and systematic, the book builds a compelling explanation for the needless impoverishment experienced by millions of American women and offers a sensible, realistic agenda for its reduction. Michael B. Katz, University of PennsylvaniaThis study asks whether the feminization of poverty, the tendency of women and their families to become the majority of the poor, is unique to the United States, where the phenomenon was first discovered.

Seven industrialized nations, both capitalist and socialist, with different degrees of commitment to social welfare are compared: Canada, Japan, France, Sweden, Poland, the Soviet Union, and the United States.

In each of the countries the authors analyze information about women, labor market conditions, equalization policies, social welfare programs, and demographic variables such as the rates of divorce and single parenthood. According to Goldberg and Kremen, it is possible to predict the feminization of poverty when three conditions are present: (1) insufficient efforts to reduce work place and wage inequities for women; (2) the absence or ineffectiveness of social welfare programs which can redress the cost, both economic and personal, of the dual role that women have assumed in industrialized societies; and (3) the presence of increasing rates of divorce and single motherhood.

An array of labor market and social welfare programs in use in the six other industrialized nations are then reviewed by the authors for possible adaptation in the United States.

This important work will be a valuable resource for scholars across the academic and professional disciplines of political science, sociology, economics, social work, and women's studies. 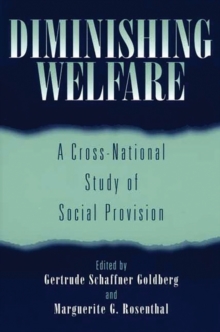 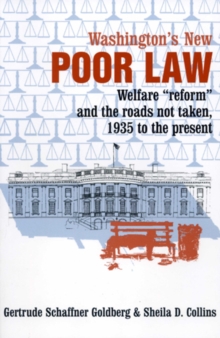 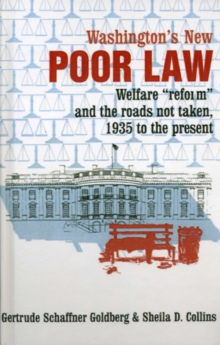 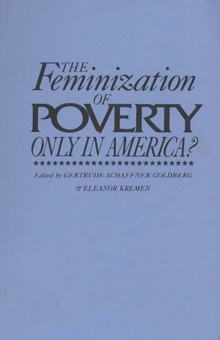 The Feminization of Poverty: Only in...