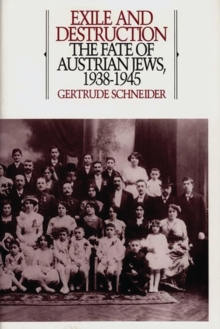 When Hitler marched into Austria in March 1938, the country's Jewish population numbered nearly 200,000.

Those Jews who were able to find refuge in neutral countries were safe; those who fled to countries subsequently overrun by the Nazis were eventually hunted down.

The estimate of Jews caught by the Nazis in neighboring countries is 17,000.

Therefore, more than one-third of Austria's Jewish population were killed during this period. After extensive research of the records at the various documentation centers and using primary as well as secondary sources, Schneider relates how Jews lived in Austria until either flight or deportation; she follows the transports to their destination and, using the fate of family and friends as examples, describes the experiences in the camps, as well as the homecoming of the survivors.

In the process, Schneider provides the most detailed account available on the fate of exiles and victims from Austria.

She concludes with a complete list of all camp survivors.

A gripping historical record for all students of the Holocaust and modern European history. 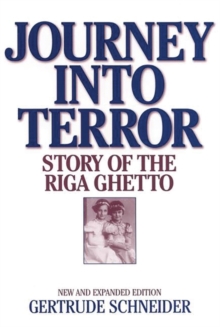