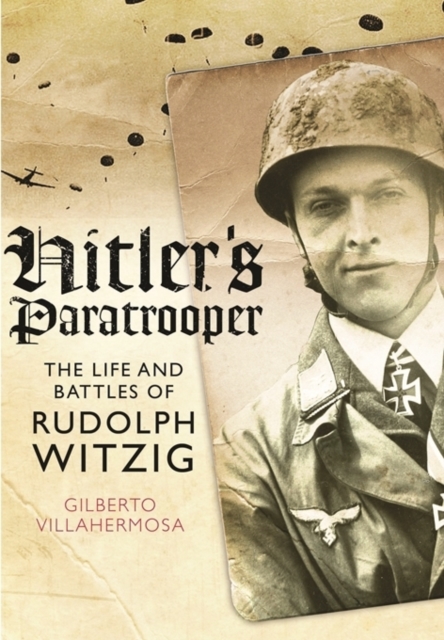 Rudolf Witzig entered the history books as the heroic captor of Belgium's supposedly impregnable fortress Eben Emael in May 1940 - the first time that glider-borne troops were used in the war.

To many people, he is also known as the commander of the battle group that fired the first shots of the Tunisian campaign.

Remarkably, next to nothing has been written about him as an individual.

This biography, completed with the full support of Witzig's widow and son, is a comprehensive history of the man and also provides important new detail on the German parachute arm that he served. In the course of his service, he was awarded the coveted Knight's Cross of the Iron Cross.

He could not be awarded the decoration because he had not yet earned the Iron's Crosses 2nd and 1st class - to resolve the problem he was awarded all three on the spot. Witzig was involved in Operation Mercury, the invasion of Crete, but was seriously wounded during the fighting.

After his recovery, he was sent to Tunisia where he was credited with several successful defensive actions. He ended the war in captivity, surrendering to the Allies on 8 May 1945, the day after his name was placed on the Honour Roll of the Luftwaffe.