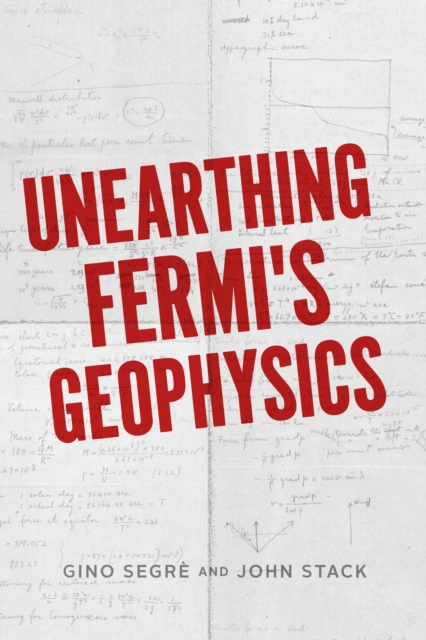 Follow Nobel laureate and legendary teacher Enrico Fermi's lost course on geophysics. Nobel Prize-winning physicist Enrico Fermi (1901-54) is known for his work on experimental particle and nuclear physics, quantum theory, and statistical mechanics, and for his particular ability to condense complicated problems into approximations for understanding and testing theory in a variety of scientific disciplines.

Six of his graduate students went on to win their own Nobel Prizes. Unearthing Fermi's Geophysics opens a window onto two underrepresented facets of this extraordinary thinker: Fermi's teaching and his contribution to the field of geophysics.

Drawing on Fermi's handwritten calculations and notes, many of which are reproduced here in photographic facsimile, physicists Gino Segre and John Stack have reconstructed a coursebook of Fermi's insights into the physics of a range of geological and atmospheric phenomena.

From gravity on Earth to thermodynamics in the atmosphere, the physics of raindrops, the Coriolis effect in hurricanes, tidal physics, earthquakes and seismic waves, Earth's magnetism, atmospheric electricity, and much more, Unearthing Fermi's Geophysics reveals the hidden workings of the world above, around, and below us-and of the mind of a great scientist who was able to bring those physical workings to light.