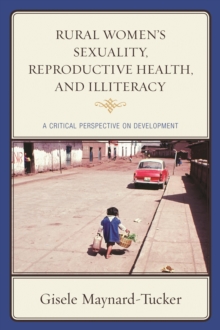 These women are confronted with many factors: gender inequalities, violence from partners, and lack of economic independence.

The book also gives insight into the general weakness of the health systems in place and questions the progress of numerous international conferences ICPD (International Conference on Population and Development) and MDGs (Millennium Development Goals) along with WHO (The World Health Organization) Frame Work for Action, UNFPA (United Nations Population Fund) and CEDAW (Committee on the Elimination of Discrimination Against Women) all supporting women's empowerment as related to violence, education, and reproductive health.

Chapters provide numerous concrete examples and vignettes describing constraints on women in a variety of countries related to their intimate lives and their struggle between traditional and modern medicine.

The book examines the women who choose clandestine sex work and their clients' sexual behavior and attitudes toward prostitution and HIV prevention.

It also explores the negotiations between promiscuous, migratory men, and the ties of sexuality and fertility that women use to tie them to a male partner.

The book argues for effective delivery of healthcare programs accompanied by multi-lateral responses from the civil society, governments, donors and agencies.

Rural Women's Sexuality, Reproductive Health, and Illiteracy is a useful resource scholars, as well as consultants and staff working in development agencies and public health. 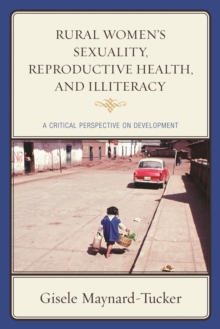