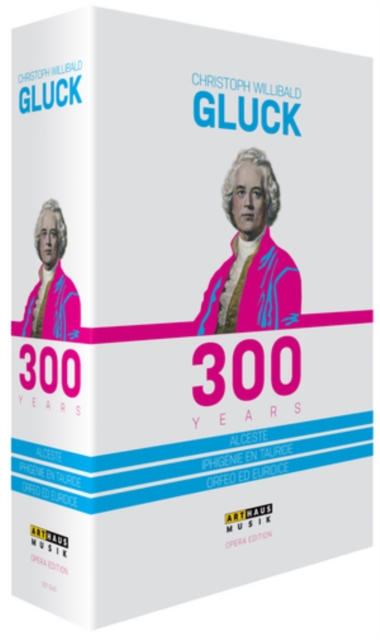 Collection of three award-winning productions of operas composed by Gluck, who was born 300 years ago in 1714.

Constantinos Carydis conducts the Staatsoper Stuttgart Orchestra and Chorus in a 2006 performance of 'Alceste' with Catherine Naglestad and Donald Kaasch among the cast.

The Opernhaus Zürich's La Scintilla Orchestra is led by William Christie in a production of 'Iphigénie en Tauride' from 2001 which stars Rodney Gilfry and Juliette Galstian.

Finally, the Royal Opera House Orchestra and Chorus are conducted by Hartmut Haenchen in a performance of 'Orfeo ed Euridice' featuring Jochen Kowalski and Gillian Webster, recorded in 1991.