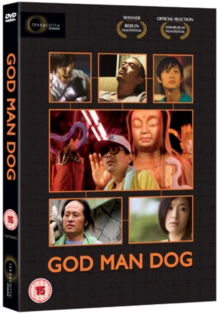 Winner of the Berlin International Film Festival 2008, this multi-story drama from director Singing Chen provides an intense examination of the social structures of modern day Taiwan.

The film involves a series of individual stories relating to several characters from very different walks of life.

After losing their newborn baby, Ching-ching (Tarcy Su) and her husband Hsiung (Chang Han) take a holiday to the east coast in order to save their marriage.

On the same route is aboriginal Biung (Ulao Ugan), an alcoholic trying to kick his habit with the help of his partner Mei (Mo Ka-yi) and daughter Savi (Tu Hsiao-han).

Also on the road are Yellow Bull (Kao), a Christian minister, and Hsien (Jonathan Chang), a young vagabond who Yellow Bull is intent on saving.

The characters are finally brought together when their paths literally collide in the mountains after a stray dog runs into the road.