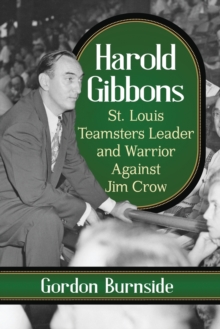 Harold Gibbons, the leader of St. Louis's Teamsters Union, was for years the right-hand man of Jimmy Hoffa, the union's national boss.

A progressive himself, Gibbons fought and defeated Communists and mobsters in his own town.

He was also instrumental in ending racial discrimination in St.

Louis. On the other hand, he was forced to watch helplessly as Hoffa forged an alliance with other mobsters mob to use Teamster money to build-and then steal from-Las Vegas casinos.

Gibbons and Hoffa fell out in 1963 after the assassination of John F.

Kennedy. Hoffa hated the Kennedys, whereas Gibbons led the union in mourning the president's death.

In the end, of course, Hoffa was kidnapped and murdered by the mob. Gibbons's many friends included the singer Frank Sinatra and Secretary of State Henry Kissinger.

This book reveals for the first time the full story of Gibbons's secret work secretly with Kissinger and Hoffa to bring an end to the Vietnam War. 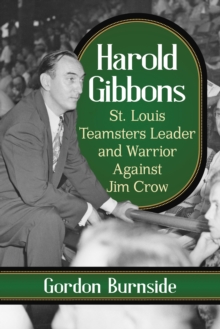