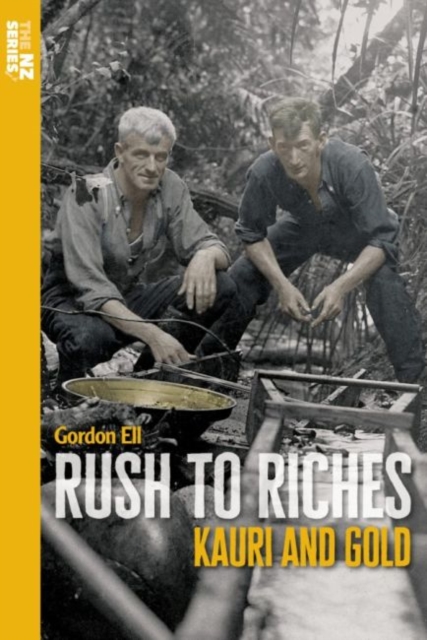 Part of the The NZ Series series

Colonising New Zealand was as much a search for wealth as an imperial venture.

The rush to exploit the countrys gold and kauri is a story of innovation and determination, as well as suspicion and thuggery.

The rushes of both industries drew Māori and British, and also Americans, Australians, Dalmatians and Chinese to these shores.

They brought their various cultures and adapted technology to extract their desired riches kauri timber and gum from forests and fields in the north, gold from the rivers and mountains mostly in the south.

Rush to Riches: Kauri and Gold explains the history and processes of both these formative industries, along with characters that became famous and infamous as they toiled to become rich.

Plentiful illustrations and information boxes show how these industries shaped our society and left their mark on our environment.