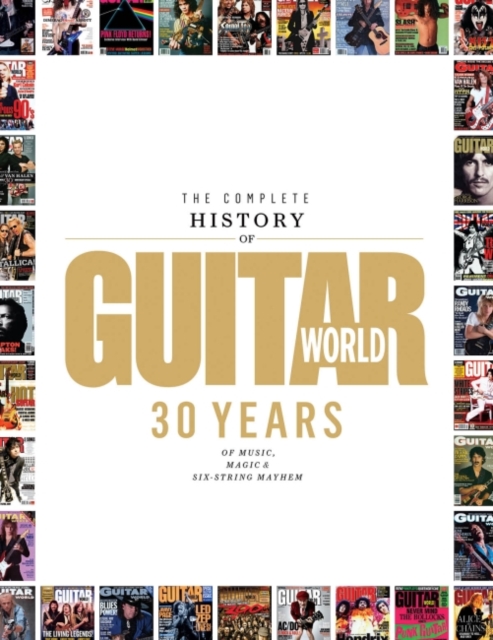 For 30 years, "Guitar World" magazine has served as North America's leading publication for rock guitarists - and with more than 325 issues under its belt, the world's best-selling guitar magazine is showing no signs of slowing down.

In this extraordinary book, the complete history of "Guitar World" is chronicled - from July 1980, when the very first issue, which featured Johnny Winter on its cover, took the guitar-playing community by storm, to issues from 2010 featuring the likes of Jimi Hendrix, John Mayer, Keith Richards, and many other guitar icons.

Frank Zappa, Eddie Van Halen, Stevie Ray Vaughan, Kurt Cobain, Jimmy Page, and Eric Clapton are just some of the artists who have sat down with "Guitar World" over the years: the full transcripts of these legendary, revealing interviews are here.

This lavishly illustrated edition takes you behind the scenes of such monumental events as Nirvana's Unplugged performance, Stevie Ray Vaughan's funeral, and the making of Led Zeppelin IV, and includes Guitar World's great dual interviews: Jimmy Page and Jeff Beck, Tony Iommi and James Hetfield, Steve Vai and Joe Satriani, and more. Rock music has gone through many changes since 1980 - bands have come and gone, musical styles have shifted dramatically, heroes have fallen - and through it all, "Guitar World" has been there, reporting on the events of the day and interviewing the musicians who keep the genre alive.

It's all here, in "The Complete History of Guitar World".