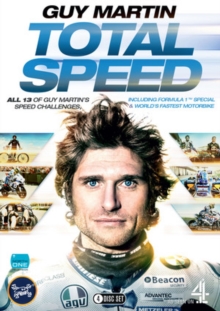 Every episode from the first three series of the Channel 4 show in which presenter Guy Martin embarks on a number of speed oriented challenges.

Throughout the show, the motorbike racing mechanic tries to break the national record for the fastest bicycle with the help of Olympian Laura Trott, fly using only his muscle power and break the motorcycle land speed record.