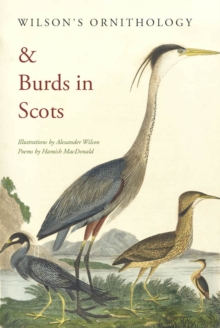 'The crossbill is a bonny birdAn she sings wi a guid Scots tongueJip-jip-jipA'll gie ye gipGin ye meddle wi me nor ma young'As a result of his travels across the North American continent in the eighteenth century Alexander Wilson pioneered the science of ornithological writing and illustration, becoming an inspiration for most of the ornithological works which followed. This new book celebrates the artwork of Alexander Wilson by reproducing his illustrations alongside new poems in Scots by Hamish MacDonald, looking at the habits, habitats, and characteristics of birds.