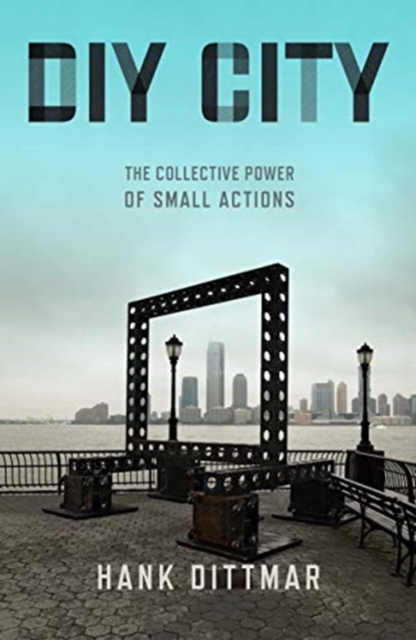 Some utopian plans have shaped our cities, from England's New Towns and Garden Cities to the Haussmann plan for Paris and the L'Enfant plan for Washington, DC.

But these grand plans are the exception, and seldom turn out as envisioned by the utopian planner.

Inviting city neighbourhoods are more often works of improvisation on a small scale.

This type of bottom-up development gives cities both their character and the ability to respond to sudden change. Hank Dittmar, urban planner, friend of artists and creatives, sometime rancher, believed in letting small things happen.

Dittmar concluded that big plans were often the problem.

Looking at the global cities of the world, he saw a crisis of success, with gentrification and global capital driving up home prices in some cities, while others decayed for lack of investment. In DIY City, Dittmar explains why individual initiative, small-scale business, and small development matter, using lively stories from his own experience and examples from recent history, such as the revival of Camden Lock in London and the nascent rebirth of Detroit.

DIY City, Dittmar's last original work, captures the lessons he learned throughout the course of his varied career, from transit-oriented development to Lean Urbanism, that can be replicated to create cities where people can flourish. DIY City is a timely response to the challenges many cities face today, with a short supply of affordable housing, continued gentrification, and offshore investment.

Dittmar's answer to this crisis is to make Do-It-Yourself the norm rather than the exception by removing the barriers to small-scale building and local business.

The message of DIY City can offer hope to anyone who cares about cities.