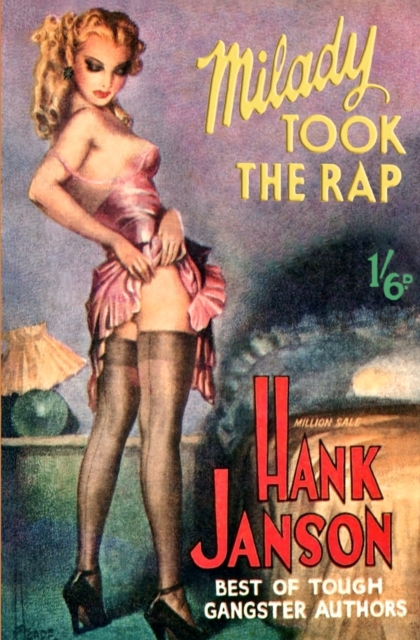 Persuaded to take a supposedly restful Florida vacation from his job as the Chicago Chronicle's ace crime reporter, Hank Janson finds his frustration mounting as he encounters a succession of passion-hungry women who are all, for one reason or another, off-limits to him. How will he cope when he ends up marooned on a small island with a beautiful - and stark naked - young drug addict he has pledged to watch over while she goes 'cold turkey', and who is prepared to do absolutely anything to win her freedom?

Milady Took the Rap is reissued by Telos Publishing complete for the first time with the sensational Reginald Heade cover artwork that was intended for its original September 1951 edition but was dropped prior to publication in an act of self-censorship.