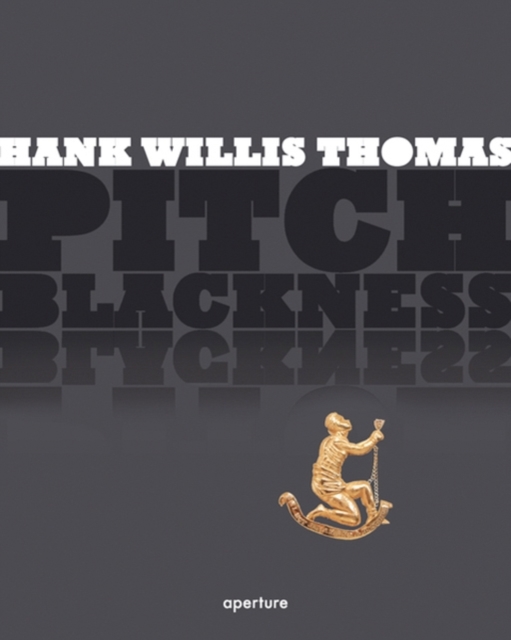 Hank Willis Thomas gained wide recognition with his highly provocative series B (R)ANDED, which addresses the commodification of African-American male identity by raising questions about visual culture and the power of logos.

Pitch Blackness, his first monograph, includes selections from this series and several others.

The book begins with a deeply personal and interpretive re-telling of the senseless murder of young Songha Willis, the artist's cousin, who was robbed at gunpoint and murdered outside a nightclub in Philadelphia in 2000.

It then charts Hank Willis Thomas's career as he grapples with the issues of grief, black-on-black violence in America, and the ways in which corporate culture is complicit in the crises of black male identity.

The concluding section presents his newest body of work, Unbranded, in which Willis Thomas examines advertising and media representation of African-Americans.

With his characteristic pointedness and dark humor, Willis Thomas shows in Pitch Blackness why he is considered one of today's most compelling emerging artists.