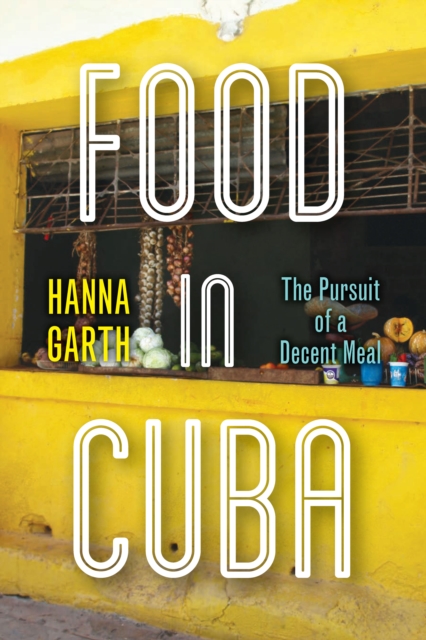 Food in Cuba : The Pursuit of a Decent Meal Paperback / softback

Food in Cuba follows Cuban families as they struggle to maintain a decent quality of life in Cuba's faltering, post-Soviet welfare state by specifically looking at the social and emotional dimensions of shifts in access to food. Based on extensive fieldwork with families in Santiago de Cuba, the island's second largest city, Hanna Garth examines Cuban families' attempts to acquire and assemble "a decent meal," unraveling the layers of household dynamics, community interactions, and individual reflections on everyday life in today's Cuba.

With the collapse of the Soviet Union in the 1990s and the subsequent loss of its most significant trade partner, Cuba entered a period of economic hardship.

Although trade agreements have significantly improved the quantity and quality of rationed food in Cuba, many Cubans report that they continue to live with food shortages and economic hardship.

Garth tells the stories of families that face the daily challenge of acquiring not only enough food, but food that meets local and personal cultural standards.

She ultimately argues that these ongoing struggles produce what the Cuban families describe as "a change in character," and that for some, this shifting concept of self and sense of social relation leads to a transformation in society.

Food in Cuba shows how the practices of acquisition and the politics of adequacy are intricately linked to the local moral stances on what it means to be a good person, family member, community member, and ultimately, a good Cuban.