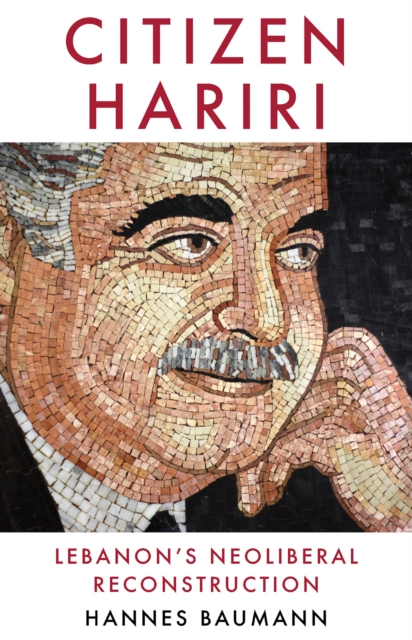 His assassination in February 2005 almost tipped the country into civil strife.

Yet Hariri was neither a militia leader nor from a traditional political family.

How did this outsider rise to wield such immense political and economic power?

Citizen Hariri shows how the billionaire converted his wealth and close ties to the Saudi monarchy into political power.

Hariri is used as a prism to examine how changes in global neoliberalism reshaped Lebanese politics.

He initiated urban megaprojects and inflated the banking sector. And having grown rich as a contractor in the Gulf, he turned Lebanon into an outlet for Gulf capital.

The concentration of wealth and the restructuring of the postwar Lebanese state were comparable to the effects of neoliberalism elsewhere.

But at the same time, Hariri was a deeply Lebanese figure.

He had to fend against militia leaders and a hostile Syrian regime.

The billionaire outsider eventually came to behave like a traditional Lebanese political patron.Hannes Baumnann assesses not only the personal legacy of the man dubbed 'Mr Lebanon' but charts the wider social and economic transformations his rise represented.