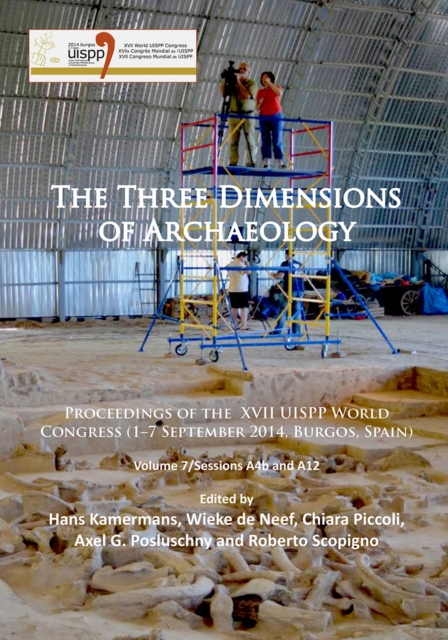 Part of the Proceedings of the UISPP World Congress series

This volume brings together presentations from two sessions organized for the XVII World UISPP Conference that was held from 1-7 September 2014 in Burgos (Spain).

The sessions are: The scientific value of 3D archaeology, organised by Hans Kamermans, Chiara Piccoli and Roberto Scopigno, and Detecting the Landscape(s) - Remote Sensing Techniques from Research to Heritage Management, organised by Axel Posluschny and Wieke de Neef.

The common thread amongst the papers presented here is the application of digital recording techniques to enhance the documentation and analysis of the spatial component intrinsically present in archaeological data.

For a long time the capturing of the third dimension, the depth, the height or z-coordinate, was problematic.

Traditionally, excavation plans and sections were documented in two dimensions.

Although depth could be visualized with techniques such as stereoscopes, analysis of relief was troublesome.

All this changed at the end of the last century with the introduction of computer based digitization technologies, 3D software, and digital near-surface sampling devices.

The spatial properties of the multi-scale archaeological dataset can now be accurately recorded, analysed and presented.

Relationships between artefacts can be clarified by visualizing the records in a three dimensional space, computer-based simulations can be made to test hypotheses on the past use of space, remote sensing techniques help in detecting previously hidden features of landscapes, thus shedding light on bygone land uses.

Also in the Proceedings of the UISPP World Congress series 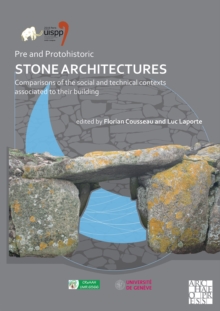 Pre and Protohistoric Stone Architectures: Comparisons of the Social and... 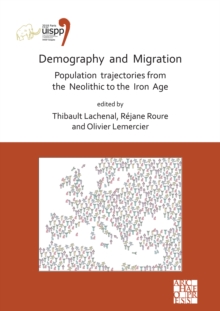 Demography and Migration Population trajectories from the Neolithic to the Iron... 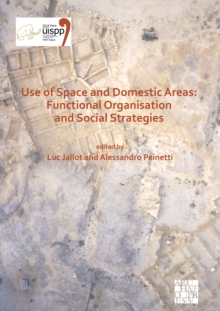 Use of Space and Domestic Areas: Functional Organisation and Social Strategies 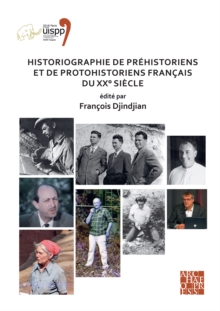