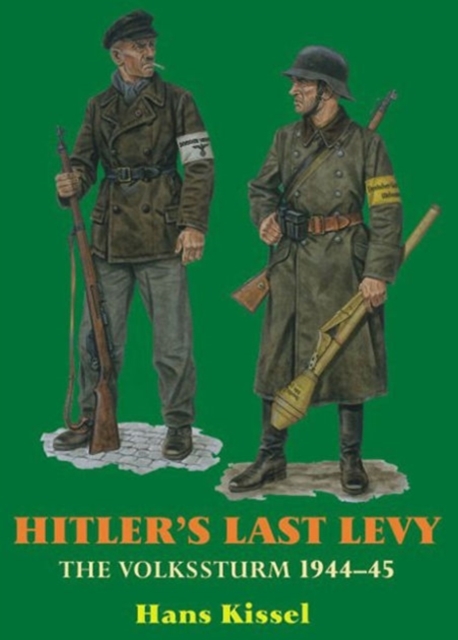 A companion volume to the very successful In a Raging Inferno - Combat Units of the Hitler Youth, Hans Kissel's study offers a highly detailed account of the German Volkssturm, or Home Guard.

Formed from men unfit for military service, the young, and the old, this ad-hoc formation saw extensive combat during the desperate defence of the Reich, 1944-45.

The author describes the Volkssturm's training, leadership, organisation, armament and equipment, in addition to its active service on both the Eastern and Western fronts.

The text is supported by an extensive selection of appendices, including translations of documents and many fascinating eyewitness combat reports. This edition also includes over 150 previously unpublished b/w photos, and 4 pages of specially commissioned colour uniform plates by Stephen Andrew.