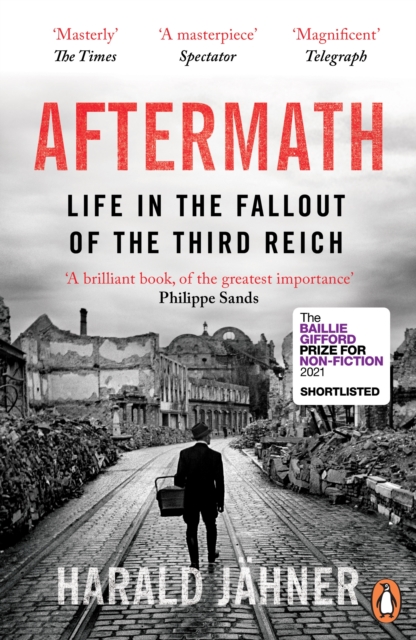 Aftermath : Life in the Fallout of the Third Reich Paperback / softback

This is the kind of book few writers possess the clarity of vision to write' MAX HASTINGS, SUNDAY TIMES'Magnificent...

There are great lessons in the nature of humanity to be learnt here' TELEGRAPHGermany, 1945: a country in ruins.

Cities have been reduced to rubble and more than half of the population are where they do not belong or do not want to be.

How can a functioning society ever emerge from this chaos?In bombed-out Berlin, Ruth Andreas-Friedrich, journalist and member of the Nazi resistance, warms herself by a makeshift stove and records in her diary how a frenzy of expectation and industriousness grips the city.

The Americans send Hans Habe, an Austro-Hungarian Jewish journalist and US army soldier, to the frontline of psychological warfare - tasked with establishing a newspaper empire capable of remoulding the minds of the Germans.

The philosopher Hannah Arendt returns to the country she fled to find a population gripped by a manic loquaciousness, but faces a deafening wall of silence at the mention of the Holocaust. Aftermath is a nuanced panorama of a nation undergoing monumental change. 1945 to 1955 was a raw, wild decade poised between two eras that proved decisive for Germany's future - and one starkly different to how most of us imagine it today.

Featuring black and white photographs and posters from post-war Germany - some beautiful, some revelatory, some shocking - Aftermath evokes an immersive portrait of a society corrupted, demoralised and freed - all at the same time.