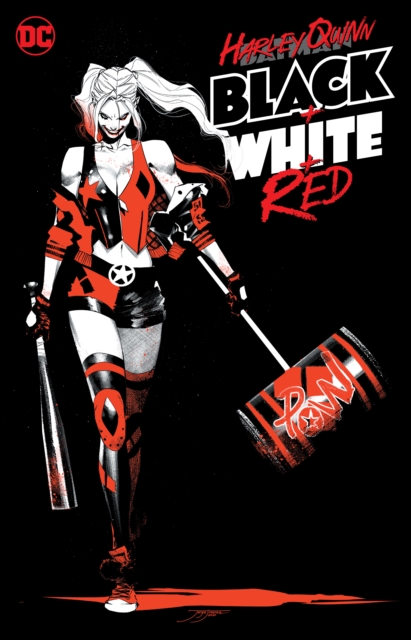 Harvey Award nominated and one of the crown jewels of the DC library is the inimitable BATMAN: BLACK & WHITE - innovative short tales of the Caped Crusader, told purely in primal black and white ink.

Unfortunately, now Harley Quinn wants in on the action...and she's got her red pen, and some NOTES. In HARLEY QUINN: BLACK & WHITE & RED, 14 tales of Gotham City's craziest clown princess are presented in nothing but black, white, and bold splashes of red.

See how Harley's story unfolds in worlds beyond the DC Universe, in the alternate timelines of Batman: White Knight, Harleen, and the Harley Quinn animated series!

Witness her darkest hours and her happiest moments! Wait, did she just...win an underground rap battle?!An incredible array of award-winning talent from across the comics industry have put their reputations in jeopardy to bring you these stories--so show a little gratitude, will ya?Collects Harley Quinn Black + White + Red #1-14